HomeBlogUncategorizedHow to hide your gold from a b...

How to hide your gold from a bushranger: the story behind a story 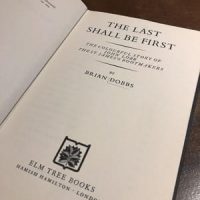 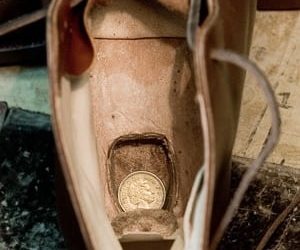 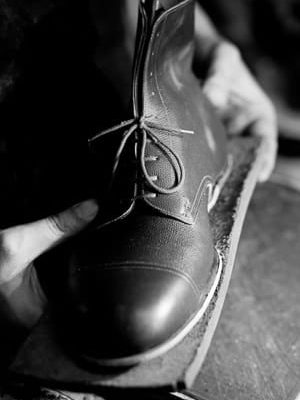 I’m writing a short story set in the 1850s in Australia which features a bushranger hold-up gone wrong.

Hahaha, not much, I foolishly thought. Ahem. I was wrong.

I needed someone to take off their boots in a pivotal scene and I found myself asking ‘what footwear did people wear, especially men, in 1856?’

What a rabbit hole, or wombat burrow you could say, I tumbled down.

Boots said everything in 1856. Wealth was worn on your feet. Shoes could be bought cheaply, but often fell apart quickly. Cardboard was a material of choice for cheap shoes. For those who couldn’t afford cardboard shoes, they wore wooden clogs or wrapped their feet in rags. Leather boots, made by a professional, were expensive.

And the internet gave up a curious name of a bootmaker who serviced gold miners of the Turon in New South Wales: John Lobb.

John Lobb was a bootmaker with a limp from Cornwall who hoped to make his fortune not on the NSW gold diggings but by setting up shop beside them in a canvas tent.

He plied his trade and listened to the miners. Travelling with gold nuggets was fraught: being held up by bushrangers or robbed by other miners were constant threats. Keeping your gold safe was crucial.

Miners were working in desperate conditions. Wooden clogs, and certainly rags, were completely unsuitable for working the muddy banks of your mining claim.

John Lobb had an idea: a hollow heel in his riding boots to allow the miners to stash nuggets safely while they travelled. A leather tongue would cover the hollow heel so you were comfortable walking about.

His design was so successful, and he made so much money, that John set up his bootmaker’s shop in Sydney on George Street by 1856.

But, each time I tried to find more information about Mr Jobb, he proved elusive. I called museums in New South Wales and Victoria—no luck and no boots.

I contacted a retired fashion professor on holidays in Europe about John Lobb and he provided a few useful leads, including a book held in the National Library of Australia in Canberra.

I held off research for a month as I was heading to Canberra to present at a conference (and not on boots). Arriving at the National Library, they had reserved a book for me to collect at the desk: The Last Shall Be First, by Brian Dobbs.

The book was more biography of the Lobb family than a story about design of footwear. The ingenious hollow heel was mentioned and how popular the boots were with gold miners in the Turon region.

While Dobbs had no illustrations or photographs of the original boots, the reference librarians were very helpful in pointing me to a collection of pen and ink sketches of gold mining life by Thomas Balcombe. His illustrations clearly show boot design and fashion of the day. 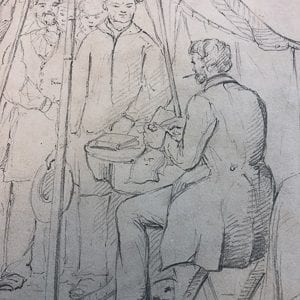 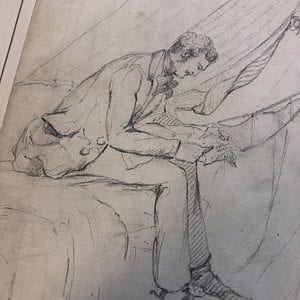 John Lobb moved to Sydney and opened shop on Pitt St. The Sydney Morning Herald in 1866 applauded him and his apprentice for their quality workmanship. He returned to England with his family and established a shop in London where fifth generation Lobb family members still run the John Lobb bootmaking business.

More from the blog 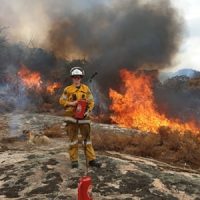 Meet Natasha Bamberry—Tash—who swapped surf breaks and sunbaking for making beds and chocolate at Wisteria Cottages and Heavenly Chocolate at Wyberba on the fringe of Girraween National Park on the border of New South Wales and Queensland in 2016. 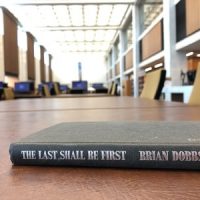 I had hoped to track down an original pair of John Lobb boots but unfortunately my search has not turned up anything… yet. I’m still on the case. I have some collections and museums on my bucket list to contact just in case a pair of Lobb boots are out there. 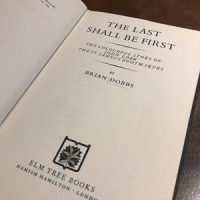 I’m writing a short story set in the 1850s in Australia which features a bushranger hold-up gone wrong. How much research would I really have to do much research for a short story? Hahaha, not much, I foolishly thought. Ahem. I was wrong.